Skip to content
Previous
Next
"I do not think there is any greater compliment that I could receive, then knowing that I have helped people to stay strong and keep going no matter what it is they may be trying to accomplish.." 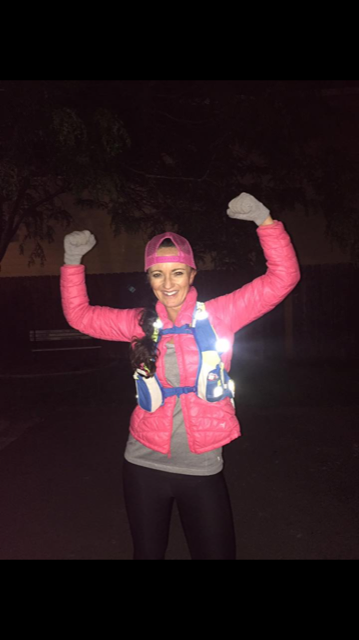 First and foremost, my family is my everything. I am a single mom, and I am very close with my parents. They all have always supported, and helped me out with my running. I can’t think of anything better than to see them cheering me on at finish lines! 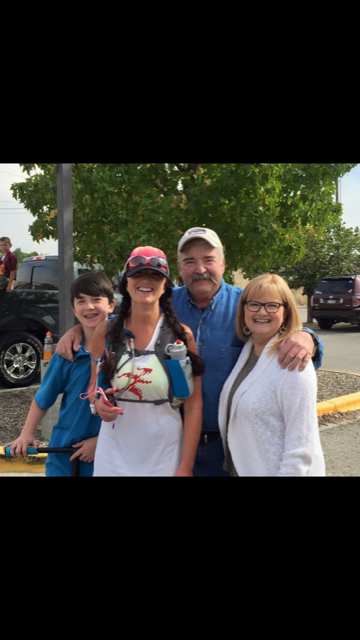 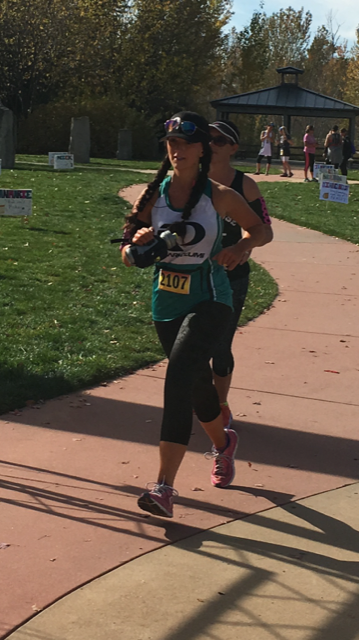 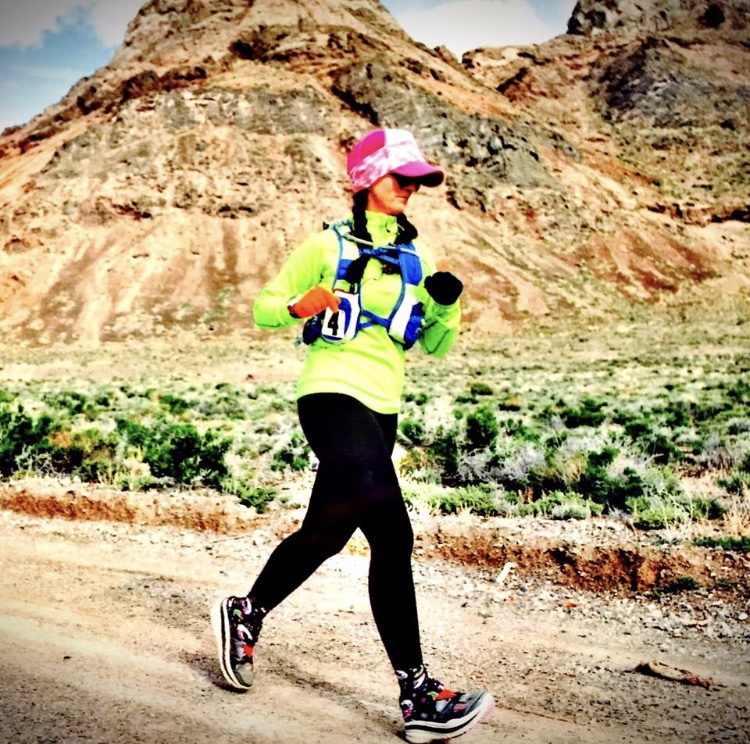 I’m really hoping to be able to run another hundred miler in 2019. I’m trying to figure out again how to juggle training time and working. It can get tricky. But I know I can do it.

I trained and signed up to run the salt flats 100 endurance race in 2016, on my 57th mile the race was stopped. The weather had gotten treacherous and they couldn’t let us who were out on the flats to continue. It made me so sad, because I was so determined to run 100 miles, that a friend and I decided to come home, and 2 weeks later I ran 100 miles from my front door. I used my house as an aid station, and friends met up with me along my journey, but it was all measured, and I did it! I got my 100 miles. We named it the Revenge 100.

I feel that I had a lot riding on me finishing that 100 miles. I was in the middle of training to do my first 100 miler and started feeling very sick, and very tired, needless to say, I ended up in the emergency room and after multiple tests, days later I was diagnosed with stage III Colon cancer. At that point in time they did not know if I was going to make it, let alone ever be able to run again. It broke my heart so badly and I needed something to try to look forward to to help myself make it through such a dark time in my life, that I focused on staying alive, and running. I am pretty sure all of my doctors and nurses thought I was crazy! I had to have over a year of treatment, and multiple surgeries and setbacks. But through the entire time I ran. I ran when I was sick, I ran when I hurt, and I ran when I was scared. But I still ran. Some days it may have only been a half of a mile, but I still did it. So when I was pulled from the salt flats 100, I knew I had no choice but to find redemption and come home and do it myself. Every single doctor I had knew that I was going to do this and I just knew that I had to be able to walk back into that cancer center with my head held high proving to them even though they were extremely doubtful of me ever running again, that I could actually do it. One of the local news channels had asked to do a story on me concerning my cancer and me running. That part of my life was so unbelievably scary and everything was so unknown, it was not very long ago but it all seems like such a big blur to me now. With all of my heart I truly feel that good things came from what I had to endure. I have had so many people come to me and tell me in all different aspects of their life, that when they were at a point of wanting to give up, whatever it was they were doing, they thought of me and just kept going.

My favorite adventure was at the Salt Flats 100. It was so exciting to set out on all unseen territory. I smiled every mile that I ran. I hope to get back there someday to conquer that race. 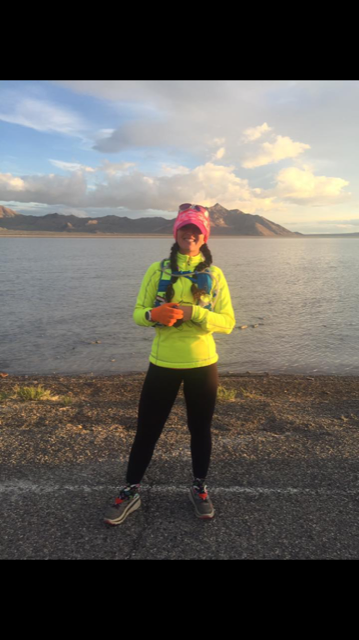